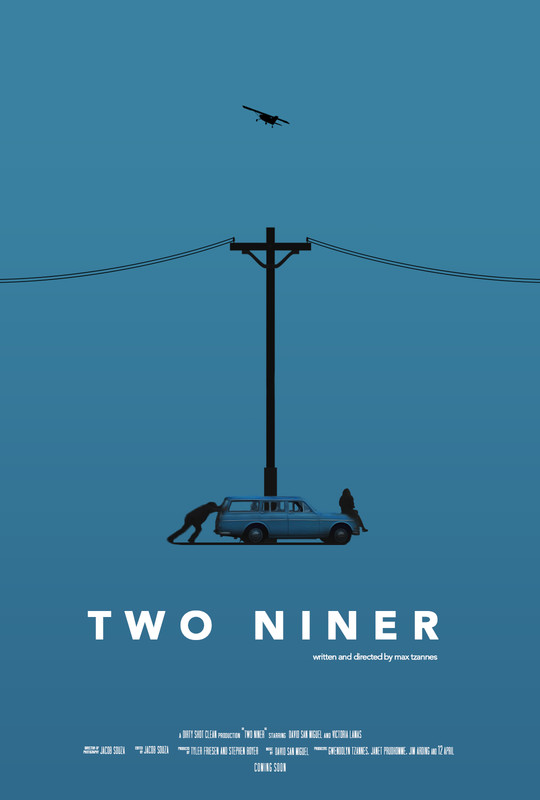 Written and Directed by Max Tzannes

How much hardship can a relationship weather? Two Niner poses this question amid the couple of Lily (Victoria Lamas) and Lee (David Shea San Miguel) that seems to be hitting a roadblock. Their dreams are still in the stages of being mere dreams. They’re living on little and trying to get to their next destination in a car that has broken down. They’re stranded and their life now feels like a journey of quiet desperation. Everything seems to rely on one job that could change everything or keep them eating one more day.

Throughout the film are brief glimpses of a toy plane hanging from a ceiling, presumably within Lee’s childhood room. The suggestion seems clear that Lee is seeking to pursue a career in the skies, flying high above it all. Yet he seems stuck on the ground, a notion amplified all the more by their car being broken down on their road to the next meal. Through it all, Lily sticks by his side. Moments where it seems like fights could break out thankfully never come to pass for how devoted they are to one another. Early in the film, Lee injures his hand while working on his car. Later, a bickering about the next move almost seems to break out but never gains much momentum.

Lee is portrayed as a man of quiet desperation. He is incredibly anxious about getting this latest job and can’t quite keep up the facade that this is a sure thing for him. The most powerful moment for Lee finds him on the phone when talking about the job. He speaks first with the calm nature that one would expect at a job interview but that calmness slowly melts a way when his words become desperate. He doesn’t want this job, he needs it. He needs to fly, to feel that sense of freedom up in the air.

Everything about Two Niner is filmed with a somber yet warm sensation of hope. There’s always this quiet inspiration that things will work out if you just stick together and keep pushing forward. There’s a particularly poignant moment when the two reach the airfield and Lily is eating some takeout food. Lee asks how much it costs. With a smile, Lily merely replies, “Why, you want some?” She says so while holding up a fork of food, offering a bite and sharing concern. Their lunch also leads into the bigger question of the next goal on the horizon: marriage.

Two Niner takes great advantage of the wide open yonder while looking forward to all its potential. Memories that were once dreams find themselves being birthed on the road through small steps and swift kicks to the tires. A couple inches along, always peering towards the next day they can spend together. Whether a career in the air or a marriage on the ground will survive is not for certain but it certainly is a marvelous thing to ponder and an even greater adventure to pursue. And a film such as this can find the somber yet sublime thrill in that journey. 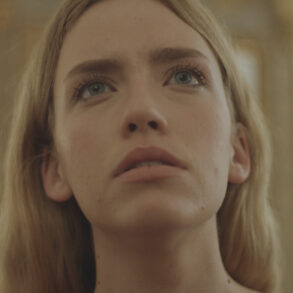