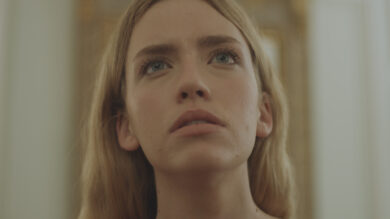 It’s such a simple thing that can be so scary. The silence of an empty room. The knowledge that you’ll be here by yourself for some time. And then the terror sets in when making the assumption that you’re not alone. Maybe somebody else is in the room. Maybe that table moved when you weren’t looking.

Galatea is a unique short film in how it makes great use of its quiet build up to the shock of what may lurk in the shadows. A woman arrives at a bed and breakfast and there is nobody in her room. The person she’s waiting on won’t arrive for quite a while. The room looks nice, but is also eerily open with little filling the space. The walls are tall and the art is minimal. There’s a sense of claustrophobia despite the room seeming so light in tone and open with its area.

Such a setting works to the benefit of establishing a haunted house. Too many times such scenarios portray the house as decaying and old with so many warning signs of the place being haunted or at least dangerous to reside. This is not that case with this location. This B&B feels as though it could be such a habitable place for a weekend and maybe even a highlight of a trip for someone into such charming locations. The first thought when someone enters such a room would not be that a ghost lives here. Despite the film being so short, the intensity it weaves is rather so and builds perfectly. We get to see how just a few minor tweaks to such an interior can easily make it spooky. The subtle creeks, minor movement of objects and shutting off of lights quietly transforms a simple room into a terrifying domain of a paranormal monster. The ghost is also well-utilized, occupying one shot for a mere glimmer and then vanishes right before the assumed kill, letting its full form take route in our imagination.

Galatea is one of those shorts that is so simple yet, just long enough to properly bring the chills to a boil. Not every horror story requires something so deep as extensive lore behind the hauntings nor does it need to prolong its creepiness to a crawl. Sometimes all it takes is just the right stagings and an anxiety for the silence to scare those who fear being alone in a strange place. It’s a simple and effective film that gets to the meat of a sublime horror story with all the trimmings and none of the fat. 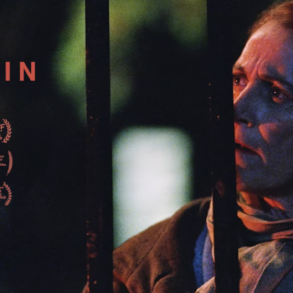 The Stain | Required Ones To Watch Shorts